We have previously discussed 5G as a critical enabler of an increasingly connected economy. A significant upgrade over 4G, 5G will ultimately offer at speeds up to 100X faster than 4G and significantly better reliability than 3G/4G, empowering advanced commercial applications in a fully connected world. Consider a fully connected car ecosystem where vehicles will not only “talk” to each other, but also connect to urban infrastructure (e.g., roads, traffic lights, etc.) and to rest of the world using 5G networks. As a result, a fully connected car is estimated to generate 25GB of data from its sensors, per Berstein Research and in comparison, an hour of HD video streaming currently generates less than 1GB of data. Furthermore, the autonomous vehicles will require data links ranging from 3 gigabytes per hour for Level 1 vehicles to 50 gigabytes per hour for Level 5 vehicles, per Morgan Stanley. 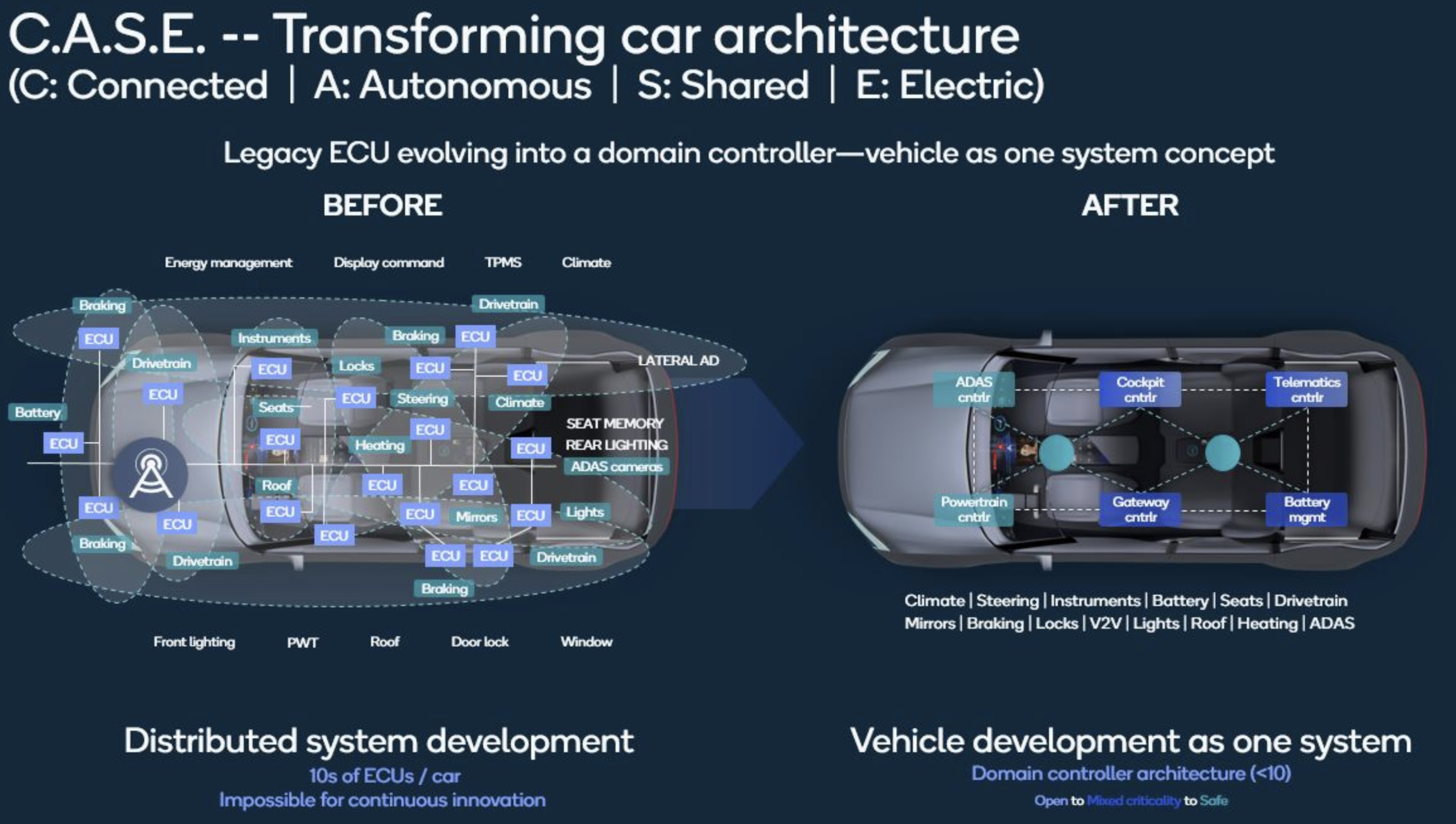 QCOM: CHANGING HOW WE DRIVE

QCOM: CHANGING HOW WE DRIVE

At Consumer Electronics Show (CES) conference in Vegas, QCOM discussed the opportunities for connected cars and introduced the evolutionary snapdragon ride autonomous vehicle platform, along with the Car-to-Cloud Services platform, and Automotive Cockpit platform. The snapdragon ride autonomous vehicle platform, a central “computer brain” combining hardware, software, and open stacks to power all levels of automated driving, is 2X more power efficient than competitive solutions, and Snapdragon Ride-enabled vehicles are expected to be on the road in 2023 (Level 4+ driving automation). As technology and urban infrastructure evolve, we believe a fully autonomous vehicle will act as a “computer server on wheels” and 5G will be a game changer to enabling full connectivity to a network of “portable car servers”. QCOM was definitely not alone in bringing something new to the auto space. We also observed the efforts of other tech firms as follows.

Amazon announced the international launch of “Echo Auto", a smart speaker designed for use in cars. Echo Auto will kick off with sales in India next week. Amazon also showcased Alexa built-in to a Lamborghini sports car, a new addition to its auto partner brands including Audi and Toyota.

Amnon Shashua, SVP of Intel and President and CEO of Mobileye, shared that the company will provide a robotaxi solution under $5000 by 2025. “We are designing things today that by 2025 we'll be able to price a self-driving system, end-to-end, sensors, hardware, cables, everything below $5,000”

Nvidia management emphasized the importance of deploying the right software to edge computing to serve the needs of autonomous cars: “Inferencing of edge computing, but also edge in terms of autonomous devices will be very key. You are seeing us focus not only on the processor for those different capabilities but also on the software stack. One of our focus areas in the last six months, the last nine months is unique overall software packages that really address the industry’s overall applications that are out there.”