Apple vs. Epic Games: What Happened?

The battle between Epic game and Apple grabbed a lot of attention last week. So what happened?  It all started on Thursday when Epic game updated Fortnite to include a direct payment feature, giving gamers a 20% discount compared to using Apple’s payment options. The new feature is in direct violation of Apple’s App Store policy, and unsurprisingly, Apple quickly removed Fortnite from App Store.

Things became much more intense when, shortly after the removal, Epic game started a lawsuit against Apple, claiming Apple’s App Store a monopoly and seeking "fair competition" in mobile app distribution. Epic is essentially trying to establish a new way for iPhone users to download and pay for digital items, without paying a 30% cut to Apple, an effort to break up Apple’s App Store ecosystem.

Not only that, Epic even made a short film, mocking Apple’s iconic "1984" commercial and started a twitter campaign #FreeFortnite. The series event made it clear that Epic has been preparing for this fight for a long time, and the inclusion of the direct payment method is a calculated move to start this fight. Some direct quotes: 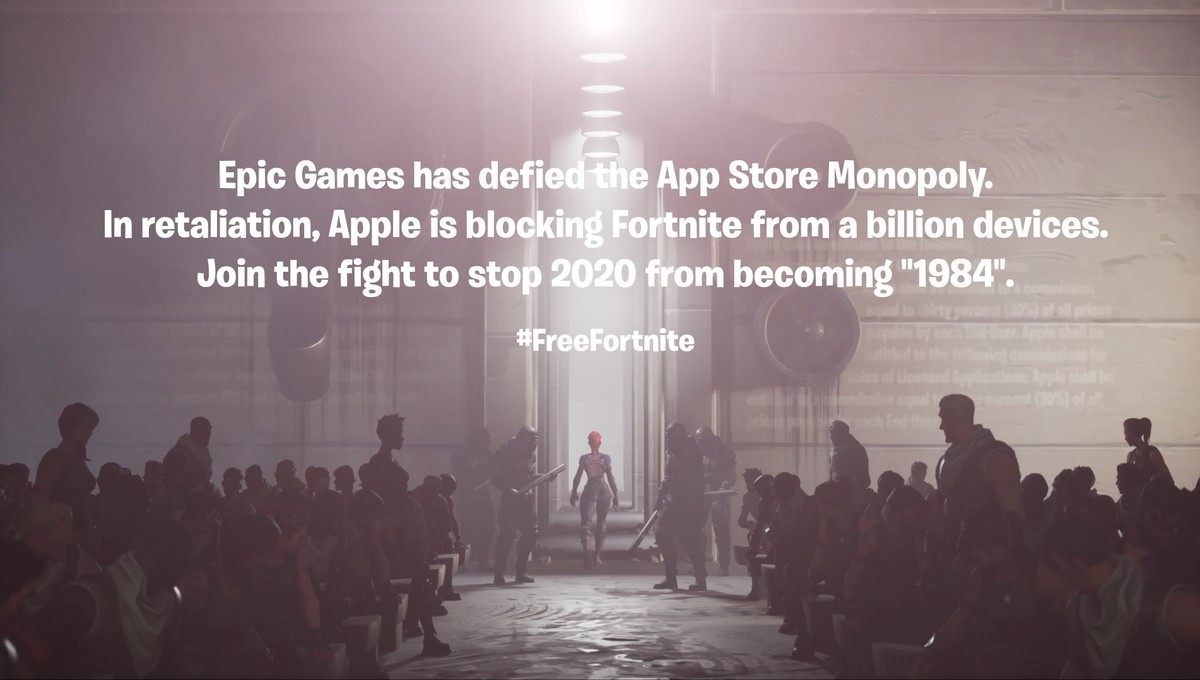 Epic is not the first company to complain about Apple’s policy of taking a 30% cut of all the in-app purchases on the iPhone. Both Netflix and Spotify have made a similar argument. But this latest move by Epic brought the fight up to another level. In the case of Netflix and Spotify, both companies stopped making in-app subscription an option, and users must go to their websites to subscribe. They are not directly violating App Store policy since the purchase does not happen in the apps; therefore, both apps are still available in the App Store. Users can download the app but need an extra trip to the website to subscribe and use the service. Netflix and Spotify can pull this off thanks to 1) their dominating position in video/music streaming and large user base, and 2) new users only need to make that extra subscription effort once. By doing this, both companies can still distribute their apps through the App Store and get away from paying the “Apple Tax.” For a game like Fortnite, this is likely much harder: the game does have a vast user base, over 350 million registered payers to be precise. However, in-app purchases happen much more frequently, and asking gamers to go to its website every time is not a viable option. Facebook also decided to join the growing list of developers to publicly criticize Apple’s policy of in-app purchases, right after rolling out a paid event feature in the Facebook app on Friday. Now you have the world’s largest video streaming platform, music streaming platform, gaming franchise, and social network, all publicly attacking Apple’s highest-margin business. We noticed the largest e-commerce platform, Amazon, reached a deal with Apple earlier this year to use Amazon’s payment for in-app purchases in the Amazon Prime Video app. Will Apple cave and give these other must-have apps similar treatment?