The Benefit of Efficient On-Demand Network

Nicknamed by investors as the "Amazon for local services" in China, Meituan is the indisputable leader in both "food delivery" and "in-store/hotel services." Meituan's "food delivery business" has consistently taken market shares from its rivals through strong execution. Its larger scale empowered it with improving unit economics: its food delivery unit's operating margin reached 8.8% in the most recent quarter, substantially higher than its rivals'. Meanwhile, its "in-store/hotel" service is also a high margin business, thanks to the advertising plus commission model.

While COVID-19 negatively affected Meituan in Q1'20, the company has emerged from the pandemic much stronger. The health crisis has accelerated a structural shift in customer behavior, pushing them to order food and services online more frequently. To embrace this shift, many high-end restaurants also joined Meituan's food delivery network after the pandemic. Meituan, on average, completed a massive amount of 24.5 million daily food delivery transactions during the second quarter.

To support deliveries at such a scale, Meituan has spent a decade building an efficient on-demand delivery network that has become a critical part of China's social infrastructure. The network seamlessly connects 1 million daily active riders, 6.3 million active merchants, and 457 million customers. During the lock-down, Meituan helped absorbed many unemployed workers from the hardest-hit industries. In a recent report, Meituan disclosed that there were 2.95 million income-earning riders on its platform during the first half of 2020. There are only around 3 million couriers (express delivery) throughout China to put things into perspective. 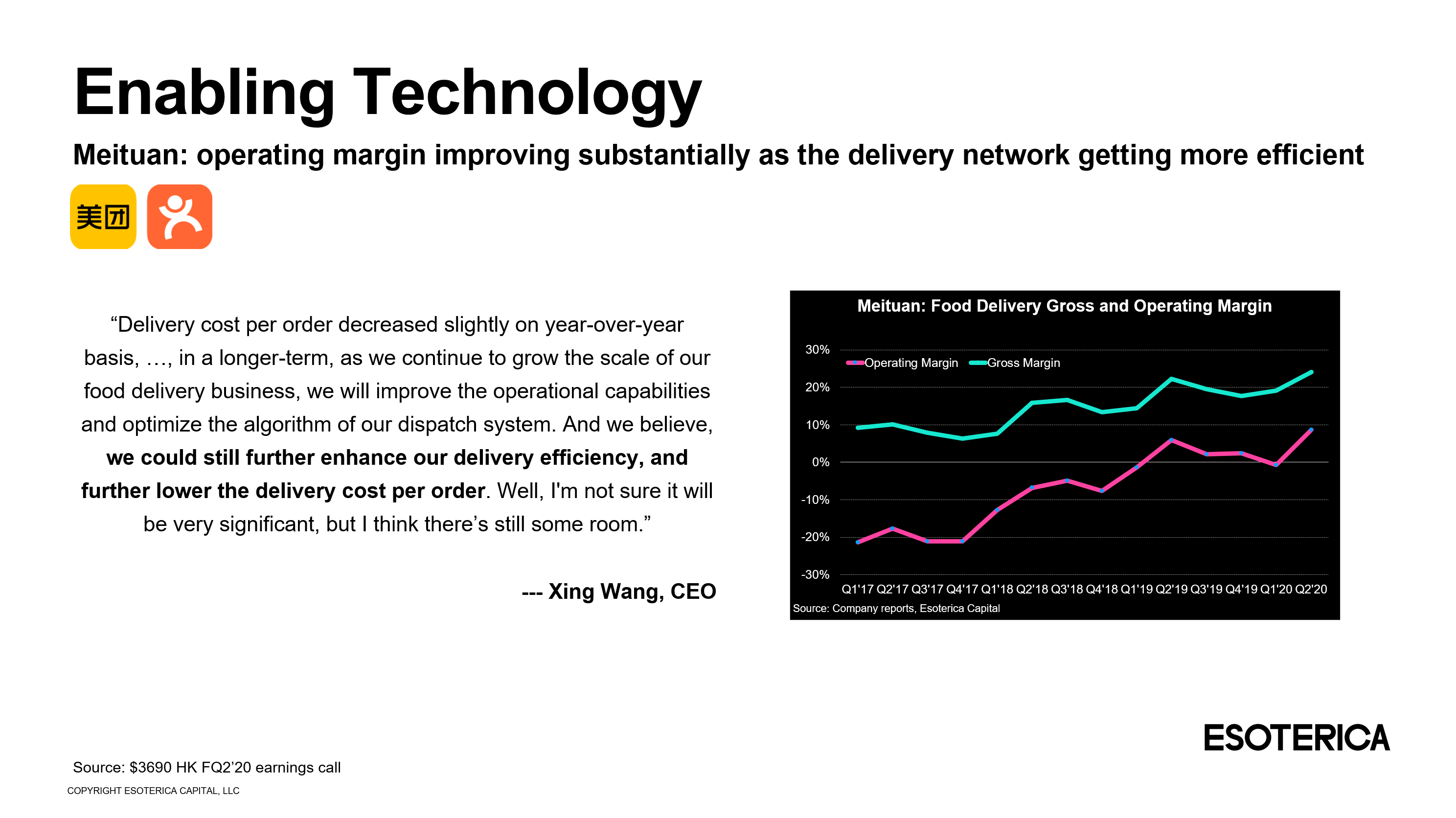 Meituan: Efficient On-Demand Network to Fuel the Next Era of Growth

Meituan: Efficient On-Demand Network to Fuel the Next Era of Growth

Backed by a strong army of riders, an efficient on-demand network, and a sky-high reputation among consumers, Meituan is aggressively expanding into other verticals: a) grocery deliveries, b) consumer finance, and c) eCommerce:

Put simply, Meituan is one of the very few super apps that Chinese consumers cannot live without in their daily lives. Millions of offline merchants also rely on Meituan's platform for their day-to-day operations. In the next few years, we expect Meituan to keep growing its delivery services by 30%+ CAGR. In-store/hotel businesses will eventually rebound. The company undertakes several new expansions with vast potential that the market currently underestimates.