China's Gaming: Grow Beyond the Border

After gaming license scrutiny in 2018 and tepid industry growth in 2019, China's gaming sector finally saw a remarkable comeback. Fueled by the stay-at-home due to the pandemic, major gaming companies have seen revenue growth accelerating in the first half of the year.

Besides the impressive top-line growth, the revenue mix is also getting healthier, with overseas revenue making up a more significant portion of the total revenue. For example, overseas income is now 23% of Tencent's gaming revenue. In comparison, Tiktok, the poster-child of Chinese APP going overseas, is estimated to have less than 15% of its revenue from the overseas market.

It is not just Tencent that has found success in the overseas gaming market. $NTES has also reaped great success in the overseas market, especially in Japan. Smaller players like miHoYo and Lilith Games have also launched big hits such as Genshin Impact and Rise of Kingdoms in global markets. Genshin Impact has topped the grossing charts in overseas mobile games. In all the Top 100 mobile games charts of the major markets, gross billings of the games developed by the Chinese gaming companies have outgrown the games developed by non-Chinese gaming companies. Chinese gaming companies are taking market shares in all major gaming markets this year. 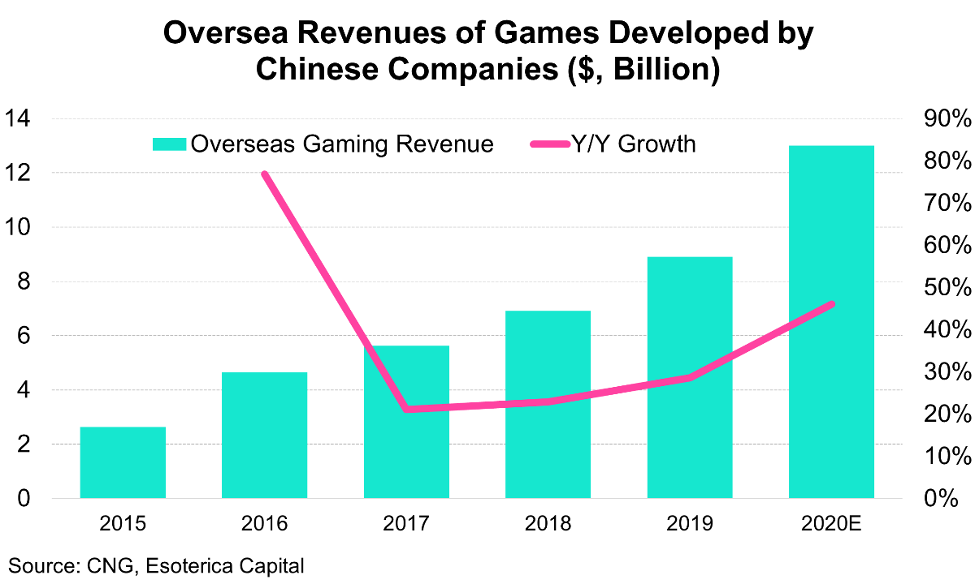 Investors should no longer view the Chinese gaming sector as a domestic Internet play. Compared to the online marketplace and online content companies, gaming companies are increasingly growing beyond the border. We think this trend is not just driven by a few blockbuster titles, but more by the changes in the industry fundamentals. Chinese gaming companies are getting better at game development and publishing in overseas markets and have gained valuable experience in specific genres. These experiences have laid good foundations for future successes. 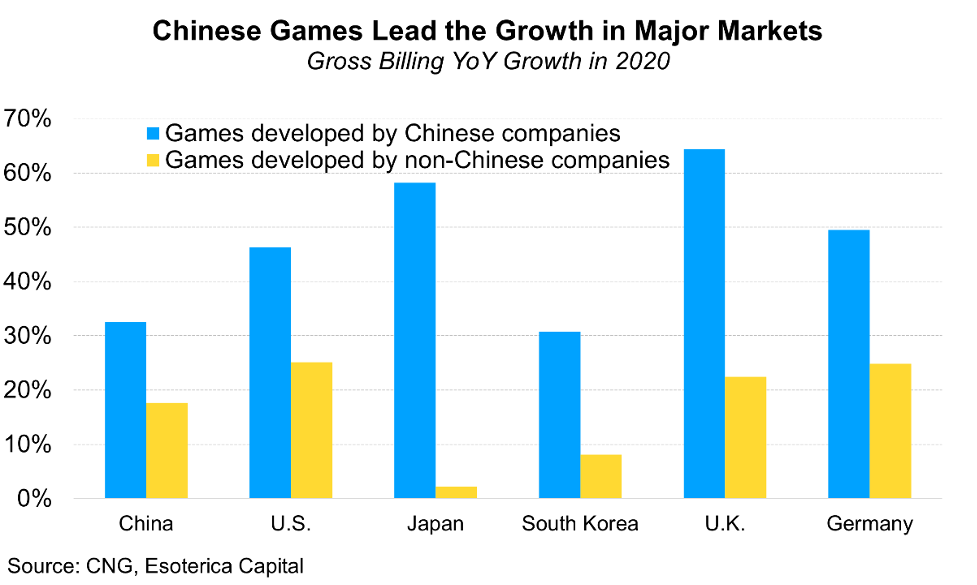 These structural changes in China's gaming sector have the following positive implications.

We believe that Chinese gaming companies' growing capability to win overseas bodes well for the sector's investment thesis. The long-term value from the gaming sector is yet to be discovered by investors, many of which are still not familiar with the new dynamics and/or just viewed the industry as a one-time pandemic beneficiary play.