DSS: Is It Really a Game Changer?

In our 6/30 newsletter, we talked about the lack of mid-band spectrum availability in the US, and how that might create a problem for the US to have a broad-based coverage for 5G. Wall Street Journal recently conducted a field study and reach the same conclusion: current 5G in the US is fast, but the coverage is extremely spotty.

Recently we've noticed carriers in the US, especially Verizon and AT&T promoting the idea of Dynamic Spectrum Sharing (DSS), claiming it'll be a game-changer. There are also hopes that this "new" technology could be the solution to the problem of lacking a mid-band spectrum faced by US carriers. We want to dig into these claims.

Before diving into DSS and 5G transition, we need to understand how the spectrum played a role in the past (x)G transitions?

With that background, let's take a look at what DSS does:

Does that change the game? We don’t think so. 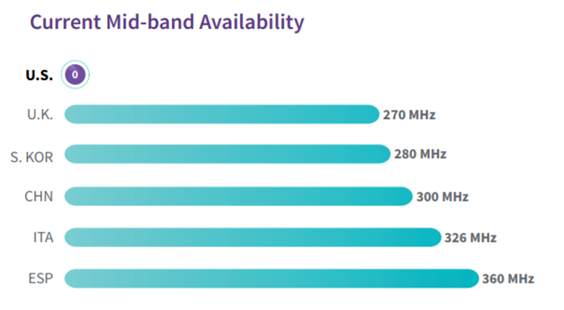