Netflix reported an underwhelming second quarter. After adding a record 37 million new subscribers in 2020 during COVID, the streaming service added less than 6 million new subscribers globally for the first half of the year. All eyes are now on the second half, where a stronger content slate is supposed to drive accelerating user growth, according to the management. However, the company's Q3 guidance of 3.5 million net adds was not enough to restore confidence in the user growth trajectory. Management also shared more information on the push into the gaming market. It appears that gaming will be "one of many elements that support the core product" and will not be a revenue generator by itself. The idea makes sense strategically, but we won't see any tangible impact for at least several quarters.

However, we remain optimistic for Netflix over the long run for three reasons: 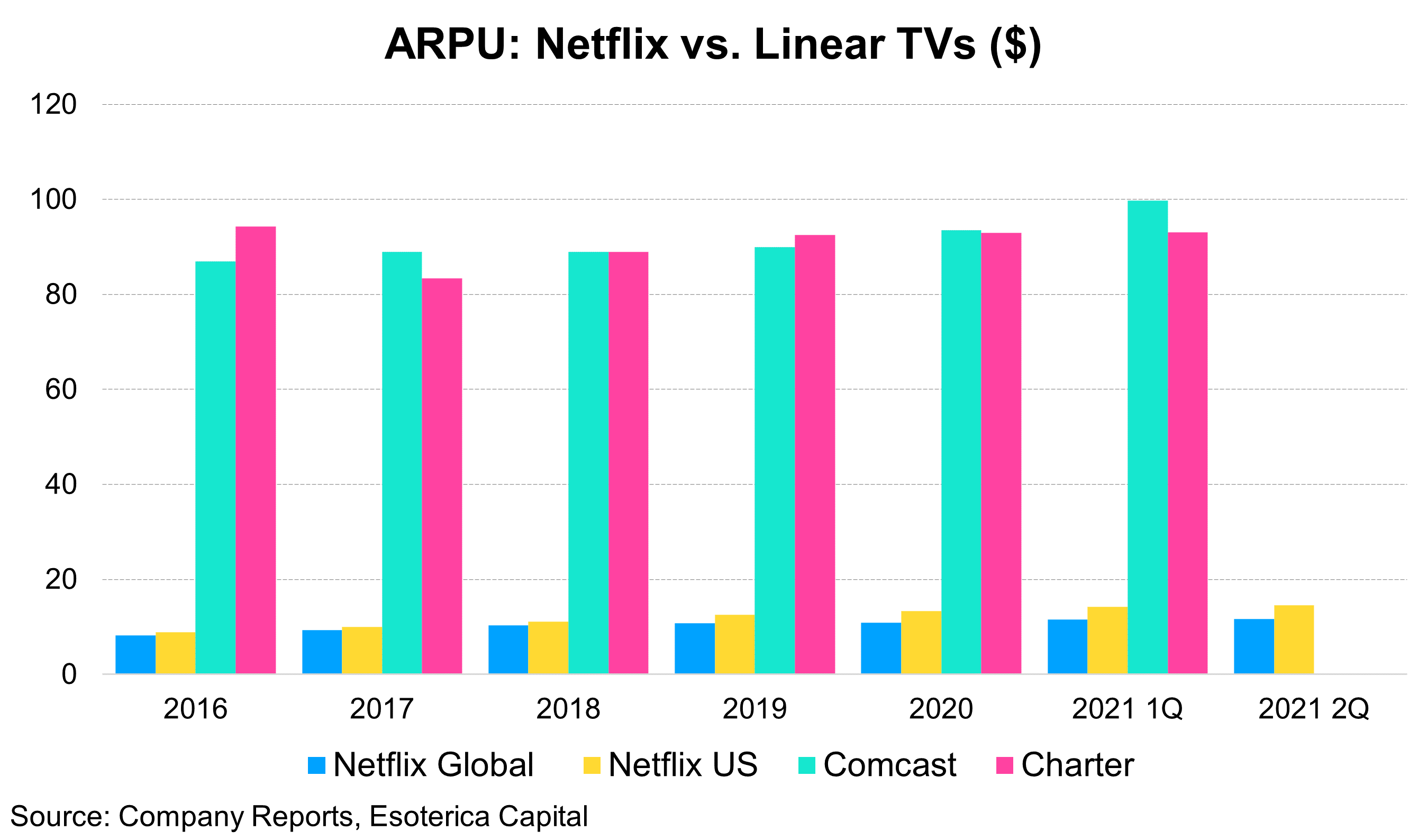