The growth of Elastic Cloud is on par with the early-day success of MongoDB Atlas.

So far, Elastic's solid business performance has defied investors' concern over its heightened competition with AWS Open Distro. Its total revenue increased 44% YoY to $178 million in the latest quarter, and the cloud revenue jumped 77% to $51.3M. Elastic serves 15K paying customers with 730 generating +100K annual revenue. The size of Elastic Cloud is roughly six quarters behind MongoDB Atlas and grows at almost the same rate. The management initiates 2-year guidance of a $1 billion annual revenue run rate by FY23. With a revenue CAGR of 28% and a forward P/S ratio of 15x, ESTC is trading well below its hyper-growth peers. 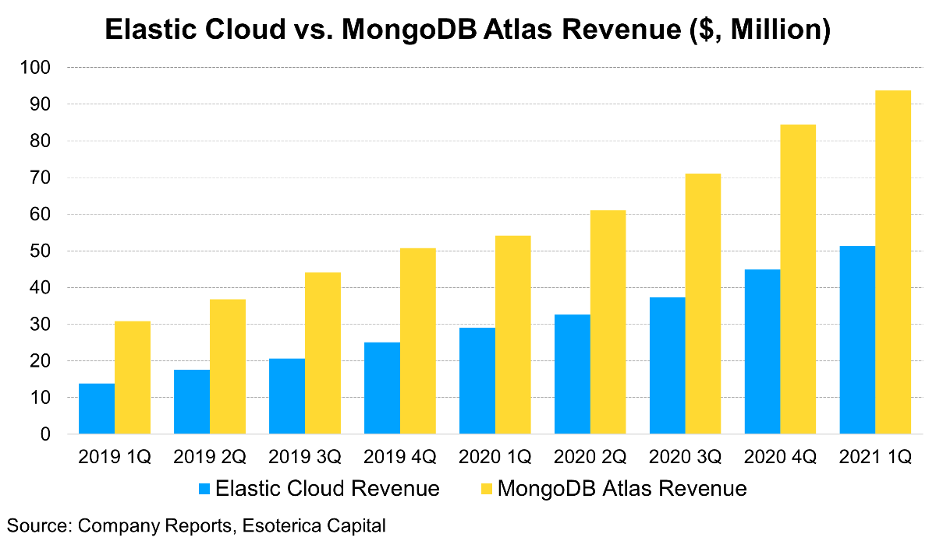 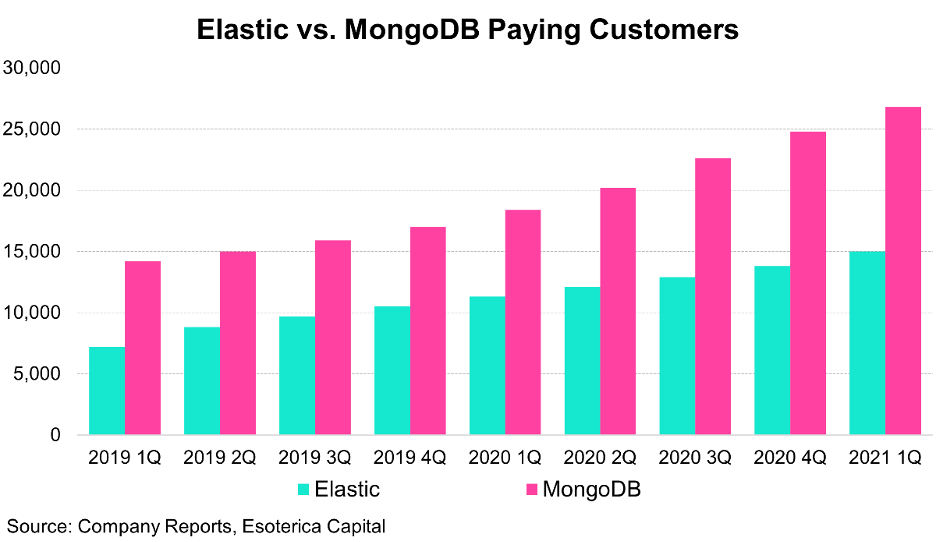 It's been a fantastic five-year run for MongoDB Atlas.

The near-term economic recovery coupled with the secular cloud adoption has helped MongoDB's topline reaccelerate two quarters in a row. Atlas, MongoDB's cloud offering, has grown into a $400 million business at a 73% YoY growth rate without any sign of slowing down. The enterprises' cloud adoption is robust, as Atlas accounting for 2/3 of new business from the field sales team. The management highlighted the following growing trend among the open-source software industry:

While Atlas is doing a great job in co-selling products with cloud giants (AWS, Azure, Alibaba), it is still competing fiercely with in-house cloud solutions. The management emphasized how they won a deal from one of the largest grocery chains by replacing Microsoft Cosmos DB. The war is probably just getting started.