PayPal had a tough third quarter. The company slightly missed FQ3'21 revenue due to eBay transition, guided down FQ4'21 for supply chain disruption, and expected 2022 to grow 18% YoY, well below the consensus of 21%. The management expected FQ1'22 to be the most challenging quarter, while the growth will likely accelerate for the rest of the year. The stock was nonetheless down 8.6% for the week and 32.4% from its recent peak.

Despite these headwinds, we reckon the long-term thesis for PayPal to remain intact. The current weakness represents a rare buying opportunity. While PayPal has many businesses on its platform, its revenue model depends mainly on four variables: active users, engagement, the average amount per transaction, and take-rates. All four metrics were heading in the right direction from what we can see. 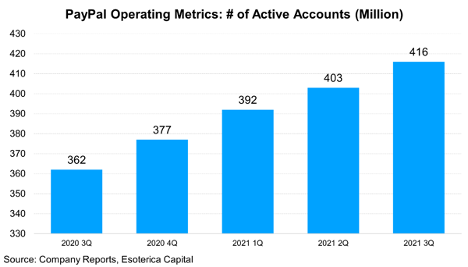 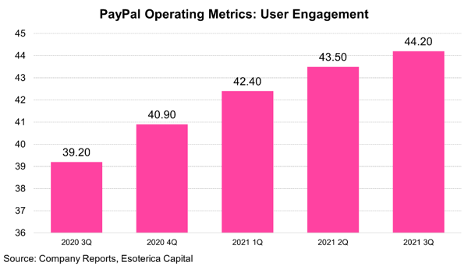 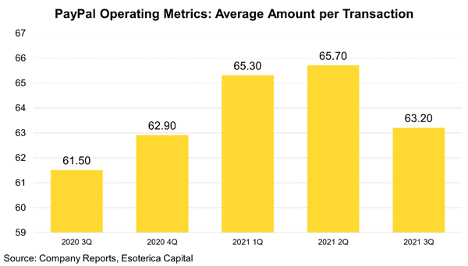 The world will resolve supply chain disruptions eventually. As merchants restock to meet customer demand, PayPal's payment volume will rise as well. In the longer term, PayPal will invest heavily to become an integrated eCommerce player to fend off emerging competitors such as Shop Pay. The operating margin will be a critical metric to monitor while having been relatively stable.