The T-Mobile & Sprint merger deal has gone through a period of progress and setbacks since FCC Chairman Ajit Pai publicly announced that he would support the deal on May 20th, 2019. We shared our thoughts here back then. Both T-Mobile and Sprint stocks have fluctuated significantly depending on the news. Below is a brief summary of the deal development lately.

06/11: a group of nine states plus the District of Columbia attorneys general, led by New York AG Letitia James, filed a multi-state lawsuit to block the proposed merger of T-Mobile and Sprint, citing anti-trust concerns.

06/21: Four more states (Hawaii, Massachusetts, Minnesota, and Nevada) joined the lawsuit from attorneys general seeking to block the merger, bringing the number of states piling on against the deal to 14.

06/28:  FCC Chairman Ajit Pai told New York State Wireless Association that closing the digital divide is his top priority, rolling out 5G is a key element, and the mid-band spectrum (owned by Sprint in the U.S.) IS the sweet spot for next-gen wireless.

"Right now, Sprint has tremendous mid-band spectrum resources," Ajit Pai said. "but the record before the FCC makes clear that the company standing alone does not have the capacity to deploy 5G in this spectrum throughout large parts of rural America. On the other hand, if the T-Mobile/Sprint transaction is approved, the combined company will have the capacity to do just that. Indeed, they have committed to the FCC that they will deploy mid-band 5G to 88% of our nation’s population, including two-thirds of rural Americans.”

07/02: T-Mobile and Sprint were reportedly near a deal to sell spectrum, wholesale network access, and Sprint's Boost Mobile subsidiary to Dish as part of an attempt to gain government approval of their merger. According to CNBC, there are still several hurdles to overcome, such as how much capacity Dish will be able to use on a Sprint/T-Mobile network and limiting the size of strategic investment in Dish.

By and large, as Bernstein Research senior analyst Chris Lane discussed in his report that the infrastructure part of the system might be the wrong target for the anti-trust concerns. Instead, it might be wiser for the policymakers to "focus on enabling multiple competing service providers operating on world-class infrastructure." Esoterica shares the same point of view. 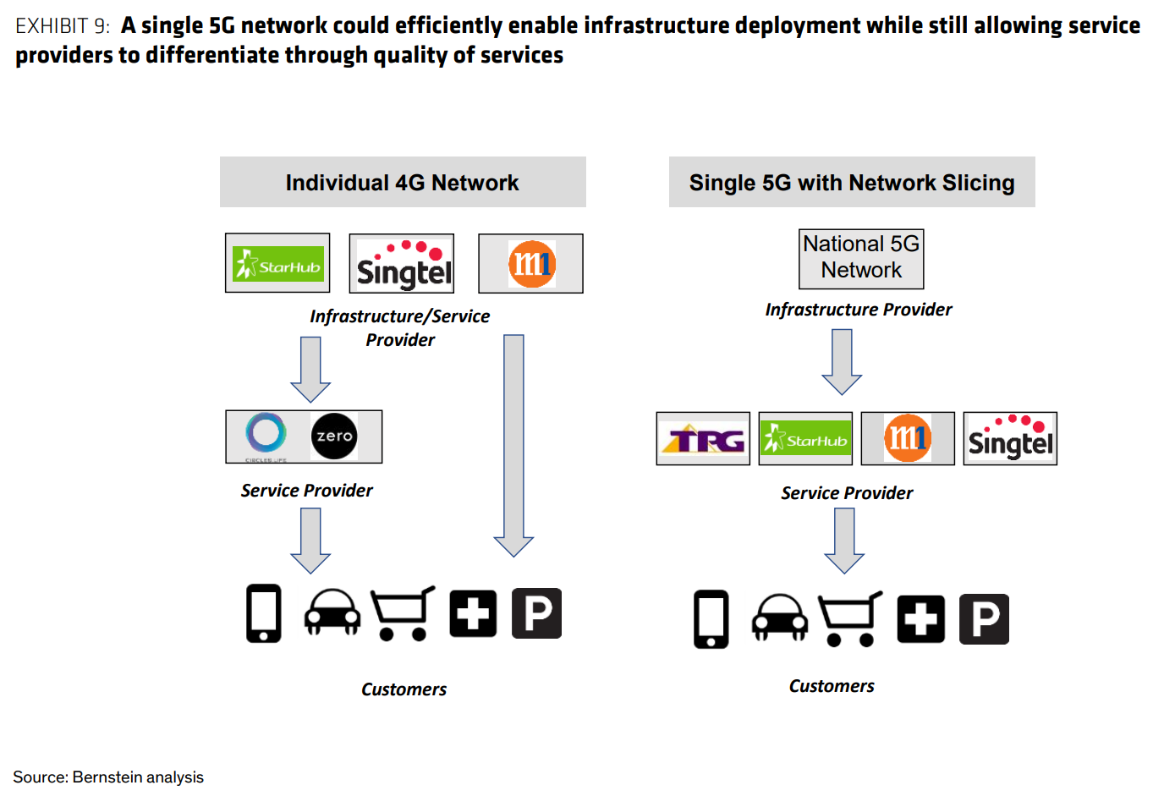 Bernstein Research: infrastructure might be the wrong target for the anti-trust concerns

Bernstein Research: infrastructure might be the wrong target for the anti-trust concerns
5G
DIGITAL ECONOMY
TECHNOLOGY