The Cornerstone of Digital Economy

The U.S. public cloud giants, Amazon, Microsoft, and Google, all reported their quarterly earnings this week. The key takeaway is the acceleration of digital transformation amid the global pandemic. As Microsoft CEO Satya Nadella said, "We've seen two years' worth of digital transformation in two months." Needless to say, cutting-edge cloud infrastructure is the cornerstone of their success. We highlight the growth of their cloud business, new products & deal wins, and Capex plans below. 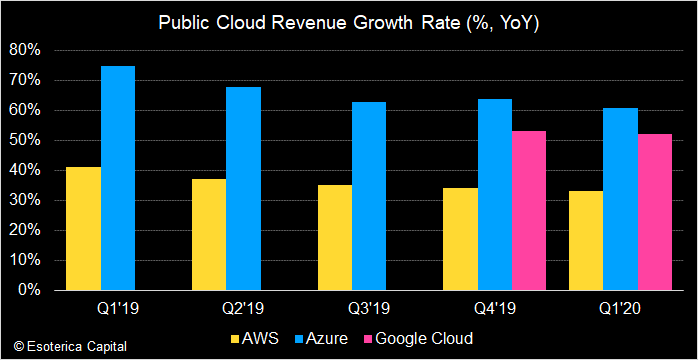 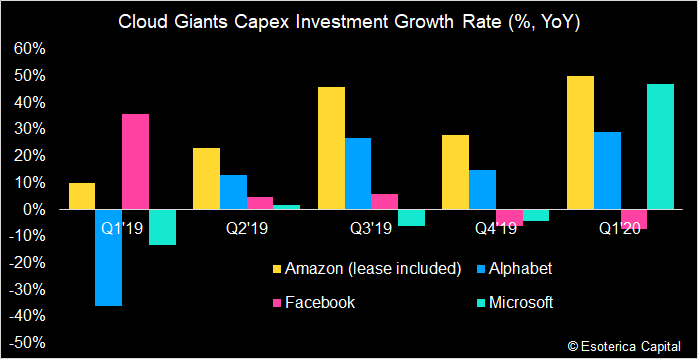