Given headlines are filled with trending apps such as TikTok and Zoom these days, it's easier to forget how much power Facebook has assembled on the Mobile Internet. According to the latest data from @SensorTower, Facebook took back the #1 seat from Google by app installs (more than 800 million) during the first quarter of 2020. It owns 4 out of the top 5 downloaded apps across platforms globally, including WhatsApp, Facebook, Instagram, and Messenger during the quarter (TikTok is the champ but it's the story for another day).

Mark Zuckerberg's ambition clearly goes beyond the border: Facebook announced its $5.7 billion investment in India's Reliance Jio Platforms for 9.99% of the company last week. The deal valued Jio at $65.95 billion pre-money and made Facebook the largest minority shareholder of the Indian carrier.

The official narrative is to "accelerate India's digital transformation," especially for SMBs. With Jio's network of 388M users and 400M already on WhatsApp, the collaboration would allow many strategic initiatives: payments, social commerce, etc. to fend off aggressive competitors such as TikTok.

The deal's not-much-mentioned perk is Mukesh Ambani, who is a close friend of PM Narendra Modi and has been a strong advocate of Modi's "Digital India" policy ambition. Life might be easier for Facebook going forward when it comes to regulatory issues. 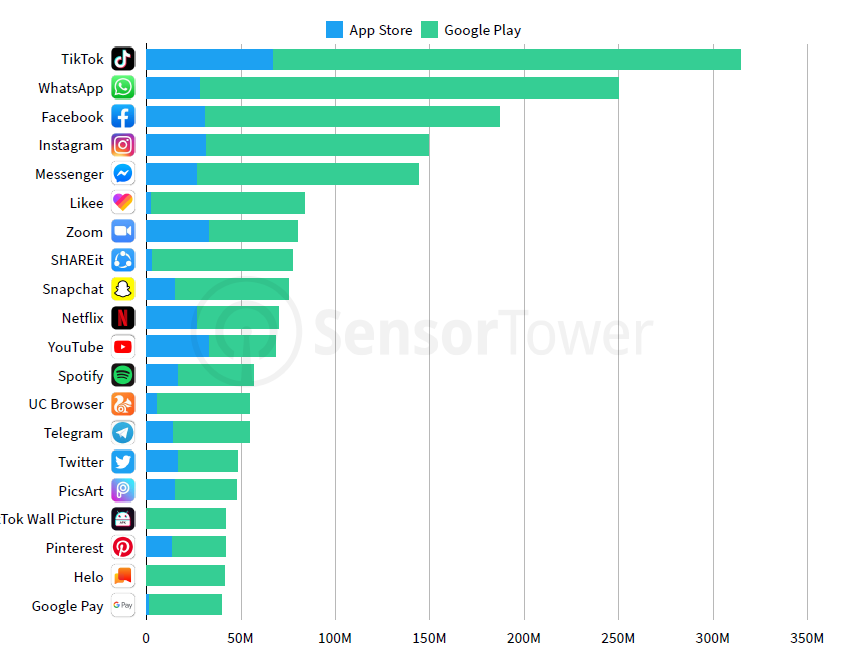